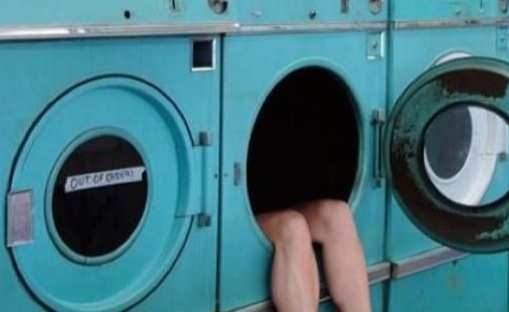 What have I been doing for the past seven months?

Well, I’ve been perfecting the art of a french martini while splayed on the sofa covered by a gorgeous cashmere throw I found at a flea market and binge watching Garrett Watts videos on youtube. Because he is uncomplicated and upbeat. And I needed that.

I have occasionally ventured outside for the odd adventure but usually I am found luxuriating here with my hamster.

Yes, hamster. I got another one. Because I apparently never learn.

And I’m embarking on NaNoRiMo.

And I dyed my hair red (sorta)…

Aaaand I got some piercings…

So… what happened you may ask?

Why am I sitting here after a refreshing Epsom’s salt bath at 11:46 having napped for the past four hours?

I got back from New York (and I need to finish filling you in on that I know), kept slowly recovering from the pneumonia (which took a disturbingly long time) my Dad was rushed to the hospital and almost died… And – I quit my job.

I saved enough money to take a few months off work and I left my hateful, wanky, thankless job because SUDDENLY things were very much in perspective for me.

Which is great, obviously.

I finally get to wake up each day and spend it how I wanted to.

There was no schedule, no rules. Just an abundant amount of time at my disposal.

At first that felt weird and I kind of imprisoned myself in my flat.

But – I was in shock, okay? This was an incredibly ballsy thing I had just done.

The amazing thing about doing this is that I did manage to get a lot of household jobs that I never seemed to have enough time to get round to… done.

Which was a major unexpected plus.

I mean, that spice rack wasnt going to alphabetise itself.

At some point I realised that there was a vast and beautiful world outside, so I started to explore it.

Wandering around London in the middle of the day felt a lot like playing hookie from life as a functional adult.

But that’s okay, because when you think about it – I was.

I spent quality time with Daddyo, went to a concert, read a pile of books, day drank, did some axe throwing, bought a car with Mr Maybe, went on mini breaks, washed my windows, got into antiquing, binged watched scream queens, started therapy… basically I’ve been busy.

I mean… was / am I having an existential crisis?

But when you think about it, this is the best time to have one. Just in time for me to turn another year older… in six days.

So just as a heads up – things might get a bit weird.

2 thoughts on “The Subtle Art Of Having A Breakdown”