To have a hope in hells chance of getting to the Empire State before the worst of the tourist crowds (to which I now belong) snaked around the building – we had to get up early. As luck would have it the time difference between London and New York made this horrific task a walk in the park.

Plus an excellent excuse to purchase yet another round of Greggs coffee.

The funny thing is, it was already a swirling throng of people by the time we got there fifteen minutes before it opened. There were people EVERYWHERE.

We had our handbags, coats, electrical devices, shoes and belts scanned and were asked to join the queue. Then (following said queue) this queue took us to another queue… and another queue… it was like a Madame mitrioshka doll of queues. I mean, I’m british. Queueing is what we do… But this was ridiculous.

We came to an elevator (complete with an amusing video in the ceiling to distract us from ear popping / the vague fear of plunging to our deaths) which took us up a few thousand flights within the building to another bunch of queues.

Somewhere between all the queueing my folks and I were asked to pose for a picture in front of a green screen and then present a token to someone the other end.

I was beginning to question if this was just some form of social experiment and they were toying with our emotions at this point. But then we rounded a corner and saw the first observation deck with windows showcasing beautiful views of this gorgeous city.

Was it hard to see these views with all the Youtubers and vloggers? Yes a tad difficult if I’m 100% honest – but entirely worth the wait for them to take video footage and move on. Besides, just one more queue and one more elevator and my Sleepless in Seattle fantasies were about to come true.

The view was nothing less than spectacular. It was so strange to be stood exactly where Meg Ryan and Tom Hanks were standing twenty five years ago and it took my breath away. Well, that and the icy breeze weaselling its way up my Aquascutum trench. Thank all that is good and pure I had the forethought to layer my clothing before we left as I was still struggling to keep warm.

The 360 degree views speak for themselves. You can see the Chrysler building, various fancy skyscrapers owned by banks and famous businesses, Maddison square garden, Macy’s, Times Square, The flat iron building, Grand central… it was gorgeous. An instagrammers wet dream.

After an appropriate amount of ogling, picture taking and staring had been done – we (you guessed it) joined a queue to make our way down a flight of stairs and to another queue that took us to an elevator. To the gift shop. Which we had to queue for. And even when we got inside and scooped up commemorative t-shirts and suveneers like the good tourists we were – we had to queue for ten minutes to get to the tills. During this process we found out what that photo token was for… a mocked up picture of us smiling awkwardly against a backdrop of the empire state at night.

I purchased duplicate copies that my parents and I will proudly display in our homes.

We then queued for the elevator down the many flights to the ground floor (this is not for the feint of heart, I could feel my ovaries swimming at the back of my throat for a moment there) and came face to face with the fabulous lobby of the Empire State, which is one of the few interiors in New York to be designated a historic landmark.

Just looking at it I can see why.

Obviously after all that social interaction we needed to steady our nerves back at the Warwick hotel bar. However when I specified a large Bloody Mary I think there must have been a slight stumble in communications after I was presented with the following:

Final thoughts on the Empire State?

The views make it an absolute must for anyone visiting New York for the first time.

HOWEVER – if Sleepless in Seattle had been made in 2019 rather than 1993 there is no way Tom Hanks would have had that romantic scene on the observation deck with Meg Ryan. He would have been stuck in so many queues and elevators he most probably would have cut his losses and registered on Tinder instead…

Also, while the staff had the patience of a saint ferrying hundreds of faceless tourists up and down the same stretch of building all day – they could do with a few more people on the tills at the gift shop to deal with the sheer volume of footfall.

I’d say queue up to be the first through the doors if you don’t want to be jostling elbows with as many people that we were.

And while I’m not endorsing / specifically telling you to take L-theanine (who, moi?) – it makes the constant queueing a lot more fun. 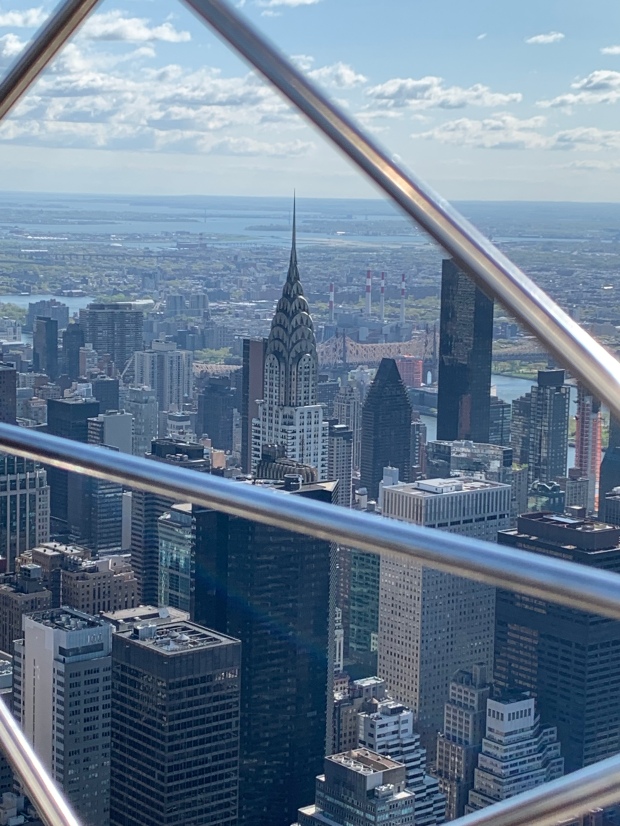 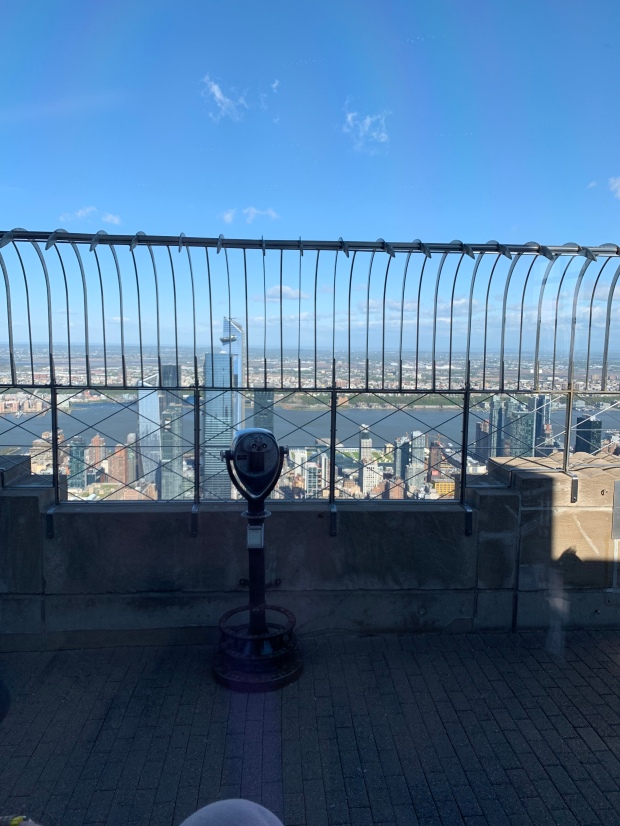 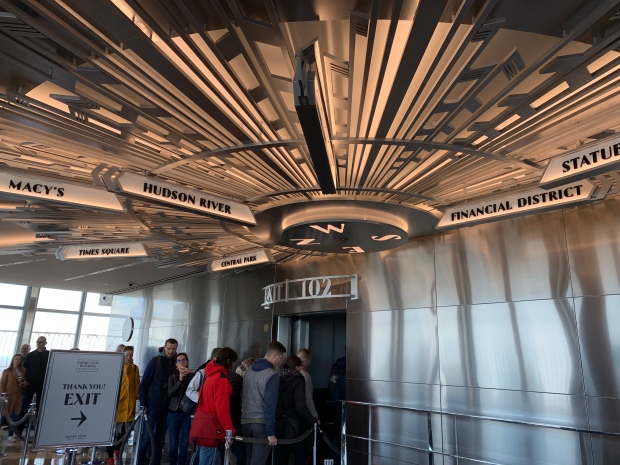